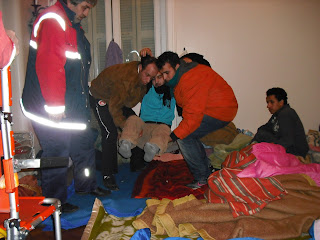 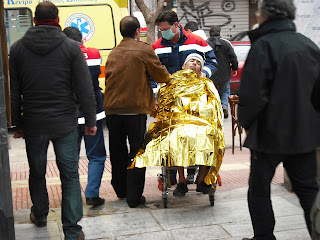 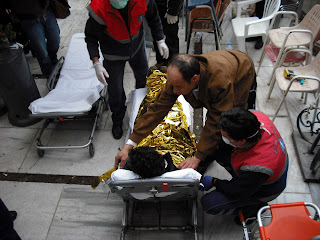 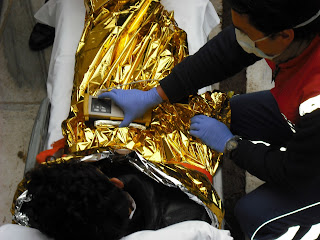 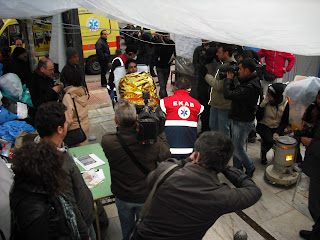 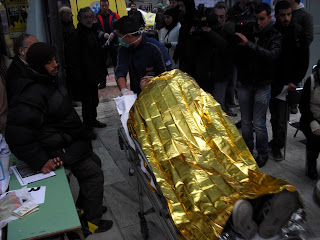 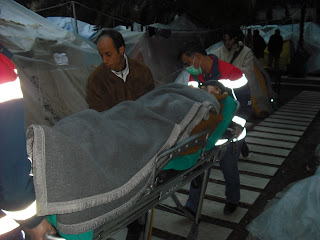 In Athens solidarity groups have just occupied the Ministery of Labour in Athens to protest against the unwillinness of the greek goverment to fullfill the requests for legalisation of the 300 migrant hungerstrikers who are today in the 35 day of hungerstrike.In the building of the ministery for Labour  in december 2010 a desperate ägyptian migrant killed himself jumping form the 3 flour. the solidarity groups call for a gathering at 14 o´clock in the Platia Korai, infront of the ministery.
solidarity! 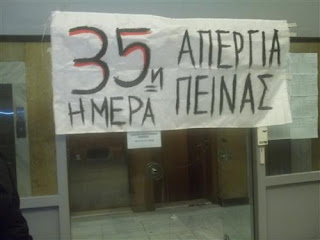 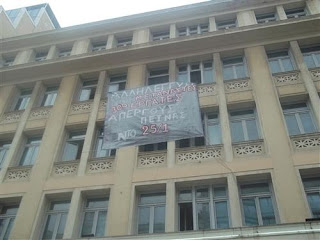 16 hungerstrikers are today in different Hospitals in Athens .Police tries to get their names! 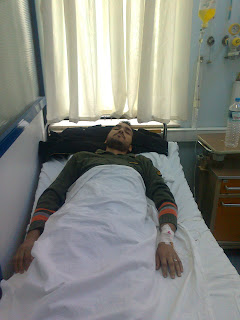 28th day on hunger strike-
February 22, 2011
For us, legalisation is neither a generic nor an abstract slogan. We don’t want proposals to be heard without us. For us legalisation means many and very specific things. Between those, first and foremost:
The issuing – since we are entitled to it – of a proper residence and labour permit to us, the 300 hunger strikers, who demand what should be a given for everyone by putting our lives on the line
As well as:
- that residence permits are no longer connected to work credits
- that all who lost their permits because of the above reason are legalised again
- the vindication of everyone whose application was rejected in 2005, after their application submission had been accepted and after they were forced to pay thousands of euros each
- the establishment of a permanent and open procedure for complete legalisation, which will process applications constantly
- the abandonment of any idea of criminalising any of our comrades in solidarity with us, who have been called as suspects of committing criminal acts by the authorities
And many more…
Anyone who wants to seriously engage with our strike and avoid a humanitarian crisis in Greece, should officially and directly contact us and whatever discussion must be focused on meeting the above demands.
Every human is worth a dignified life and labour
The hunger strike shall win
Athens – Thessaloniki
21-2-2011  /  28th day on hunger strike
The 300 hunger strikers 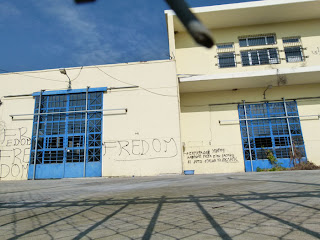 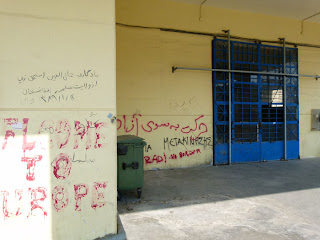 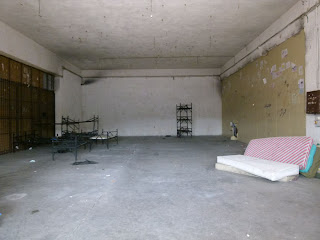 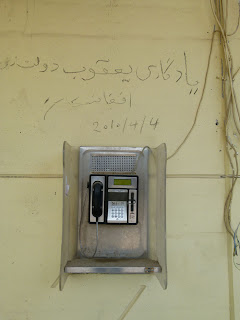 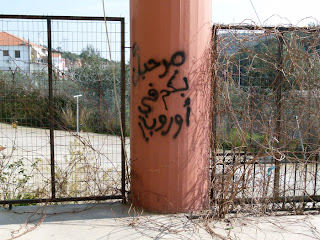